The attendees of ARCH MOSCOW summed up the results of the first ten years of the Europe’s largest urban development project.

ARCH MOSCOW, one of the Russia’s major architectural and design forums, is traditionally held in Gostiny Dvor, a popular exhibition venue in Moscow. In this year 2022, the event successfully brought together over 200 organizations, among them government agencies, architectural firms, design bureaus, relevant training institutions and universities, property developer companies as well as manufacturers and retailers of construction materials. The opening session was dedicated to discussing the first ten years of New Moscow and its development prospects.

The new territories incorporated into Moscow have become a testing ground for new construction technologies and approaches. The experts discussed the formation of the local engineering framework, which had become a sterling example of urban planning, and the process of construction of transport junctions and social infrastructure from scratch, “in the open field”. 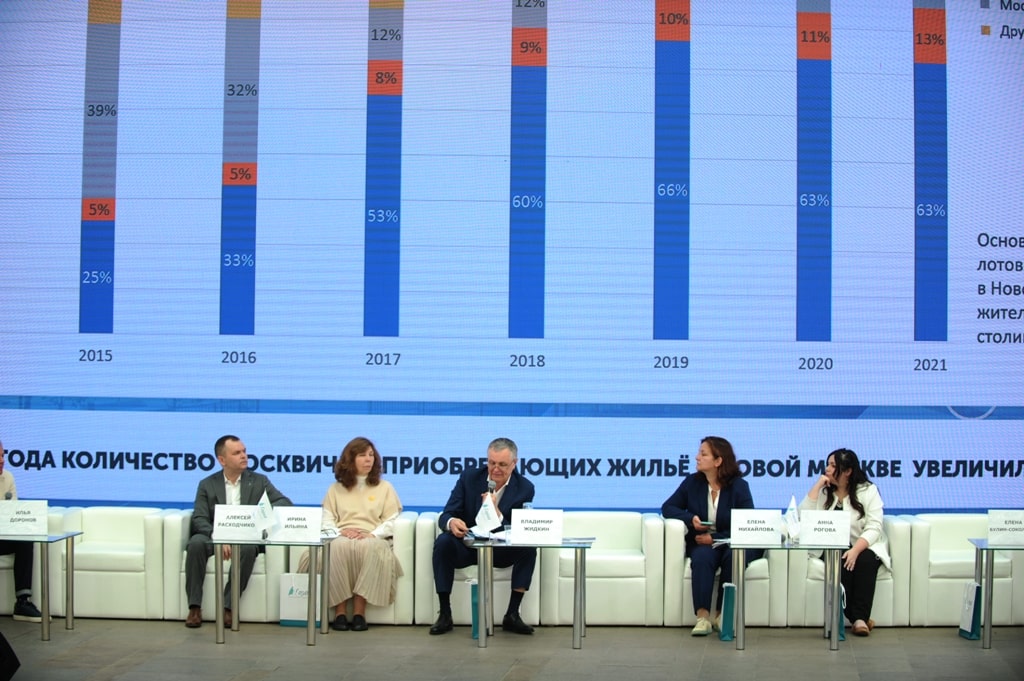 The discussion opened with a presentation by Vladimir Zhidkin, Head of the Moscow Department for the Development of New Territories. He was an eyewitness, a participant and a driving force behind most of the transformations. First of all, he cited data attesting to the social well-being of the citizens of Troitsky and Novomoskovsky Administrative Okrugs, including the complete coverage in additional schooling and a 100% level of registration at polyclinics and healthcare centers. All these new centers have been constructed near local forests and natural parks without any damage to the greenery, which has been one of the major advantages of the new neighborhoods.

“Around 7,000 hectares of the new territories are covered by forests. If we have to do any logging to construct a road, a new metro line or an infrastructure facility, we compensate for that planting twice as much trees nearby. That way we keep the environmental balance and protect “the green lungs” of Moscow.”

The residential sales statistics show that Muscovites no longer consider the new territories a typical outer-lying dormitory district and have recognized its potential. Thew saw that the quality of life could be much higher in a territory developed according to human-centric principles. In 2014, the share of born and bred Muscovites buying apartments in New Moscow was only 14%, but in 2022, it rose to 63%.

Today, the investments in the new territories amount to 3 trillion Rubles, and the plan is to raise it to a total of 7 trillion by 2035. Private businesses seem to be the most eager to participate. 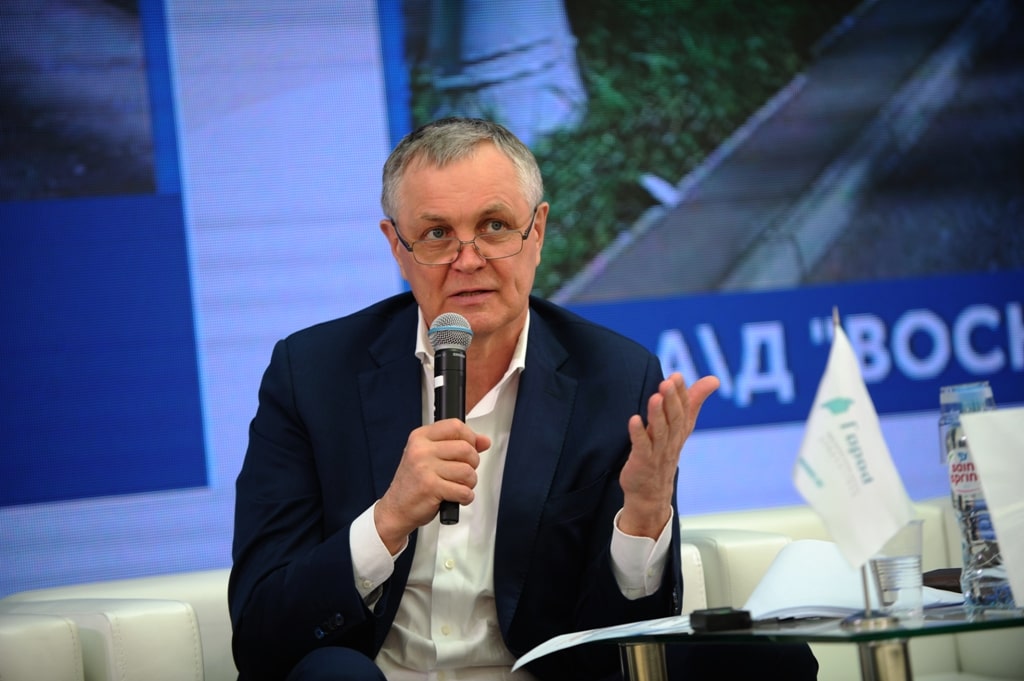 “As we started, for each Ruble out of the city budget there were three Rubles invested by commercial companies. Today, we get 3.5 Rubles from the investors for each Ruble spent by Moscow. Soon it will be four, which is in line with our initial plans.”

At the early stage of development, the decision was made to abandon the concept of a commuters’ district, that is to say, a district the residents of which work in other parts of the city and have to do daily commuting. From the very beginning, the developers were focused on including production facilities and business centers in the general layout plan of the Okrugs. Thus, within the last ten years, the number of jobs tripled. The plan is to increase it to one million in the near future.

Elena Mikhailova, Councilor to the Director General of the Russian Public Opinion Research Center, talked about the public sentiment analysis conducted among the residents of New Moscow. The greater part of the population welcomes the changes. Less than 15% are wary or do not appreciate the changes at all. Those are, for the most part, residents of detached house suburbs who fear that their houses could end up surrounded by new high-storey apartment blocks.

As for those who see changes as something positive, first of all, they are happy with the better transport situation, which is logical and corresponds with the statistics sited by Vladimir Zhidkin. That said, the residents would like to have more public transport lines in the area. Also, despite the promising figures related to registration at polyclinics, many citizens of New Moscow are concerned about the amount and quality of medical care they could get in the district. 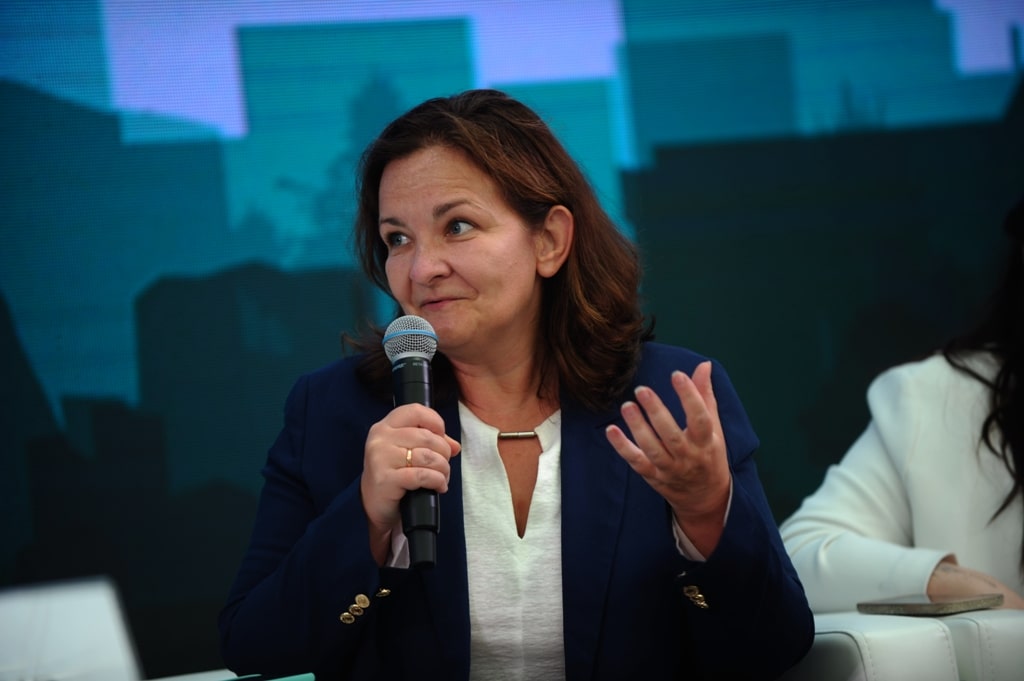 “One of the advantages of New Moscow, according to its residents, is peace and quiet, as well as a mellower pace of life as contrasted with Old Moscow.”

Elena Bulin-Sokolova, Head of the A101 Group’s Learnity Educational Bureau, emphasized that in the new neighborhoods, people with various educational backgrounds, various traditions and concepts of good-neighborly relations could assimilate and learn to live with each other in harmony. New residents have to get acquainted and build relationships from scratch. The educational system build within the new infrastructure could be instrumental in bringing them together.

“It is essential that people are able to communicate and make agreements, to find out how they prefer to spend time together and to overcome communication barriers. Aside from daycare facilities, kindergartens and schools, we need computer centers where kids could learn initial programming and video editing. We need communal workshops where people could repair things or craft something for their homes with their own hands. We heed educational centers for children with mental disabilities, and we open them in the ground floors of local apartment blocks. We need animation studios, entertainment spaces and rehearsal rooms. And we need good teachers, locals who live nearby and know most of their students personally,” she said.

She also explained that A101 Group had developed a new teacher attraction program, which included special discounts and home loans on favorable terms. Teachers who are prepared to live in New Moscow and work in local educational centers are welcome to participate.

“We support the educators’ community of New Moscow and welcome talented professionals. It is crucial for creating a special educational ecosystem in the new Okrugs. We make our communities friendly and neighborly by means of joint celebrations and events like fairs, bazaars and festivals.”

Irina Ylyina, Head of the Institute for Regional Studies and Urban Planning of the Higher School of Economics, talked about a very special and subtle aspect of the life in New Moscow. Most of the citizens of the new Okrugs do not wish to have a dacha, since they effectively live in the country anyway. They are happy with the fresh air, greenery and quiet they have. However, many yearn for some traditional country activities, such as growing flowers and fresh herbs, to be able to mess about in the soil, so to speak. According to Irina Ilyina, such needs could be met by public spaces, specifically designed for gardening. In Old Moscow, there had been attempts to create such common vegetable gardens and rent them to people, but they were quite expensive because of the lack of suitable land. There are no such limitations in New Moscow, so the idea could be commercially viable. 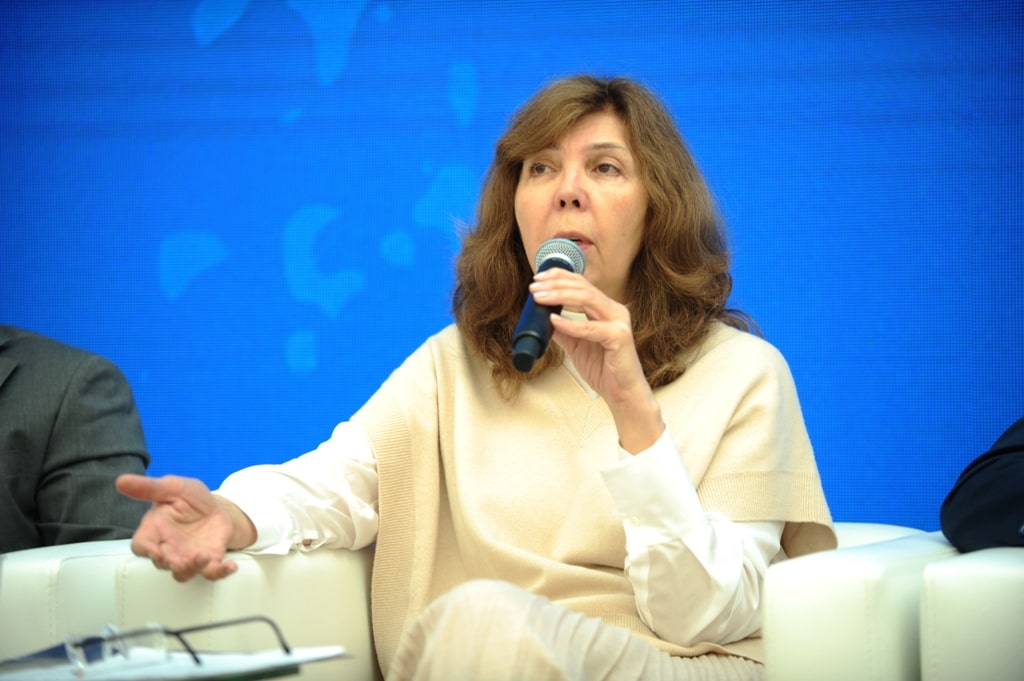 “Last year, the Genplan Institute did a major study of the economic potential of New Moscow. They singled out growth options, which are most interesting.”

Aleksey Raskhodchikov, Chairman of the Moscow Center of Urban Studies “City” Foundation, talked about the fundamental difference between New Moscow and other bedroom communities that massively appear on the outskirts of many provincial towns. Being newly developed neighborhoods of high-storey apartment blocks, they seem to have a lot in common. However, those “islands” are usually connected to the “mainland” by a single rode, and the citizens are lucky if it is a broad highway. Troitsky and Novomoskovsky Okrugs, on the other hand, have multiple road connections. 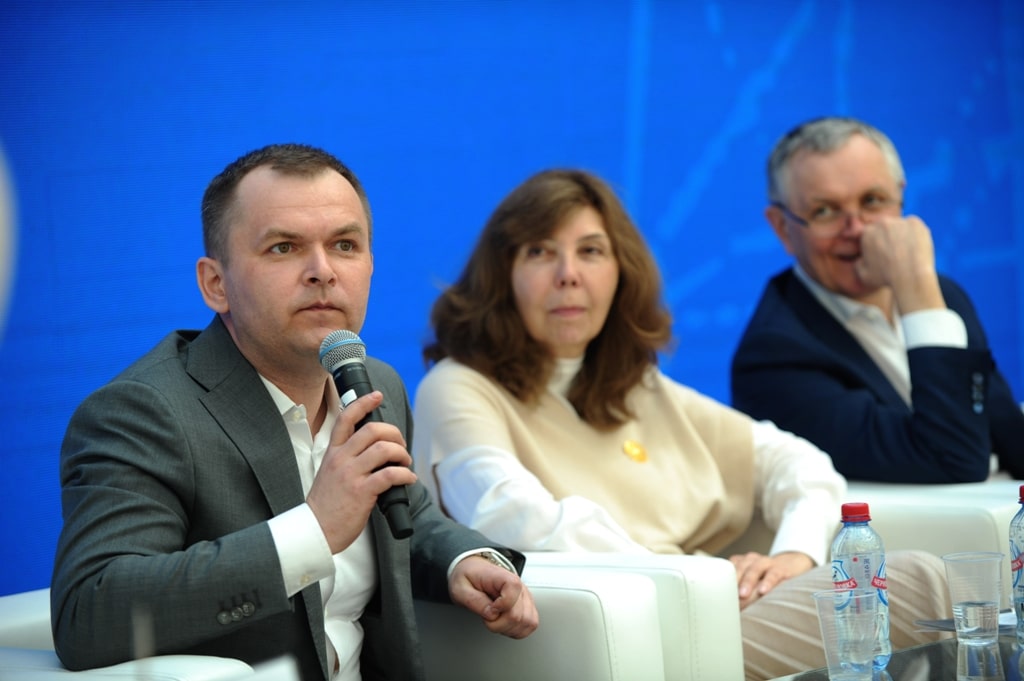 “New Moscow is a good example of competent urban planning. Just imagine what could have been if is hadn’t had a sound transport infrastructure from the very beginning. New Moscow showed us the right way, and we should replicate it in other regions.”

He also noted that despite the fact that Troitsky and Novomoskovsky Okrugs were officially part of Moscow, the local administrations had to solve quite unique problems, uncharacteristic for Old Moscow, such as dealing with multiple gardeners’ non-commercial partnerships. There is still no federal act regulating the status of such settlements. The best option, according to Aleksey Raskhodchikov, would be incorporating them into nearby municipalities.

Closing the discussion, the participants agreed that New Moscow was indeed a perfect example of sound and competent urban planning, setting the pattern for other regions and worthy of being included in textbooks for future generations of town-planners.