What should be modern universities? How will new campuses and educational spaces change cities? Can institutions give rise to new meanings for society? These and other topics were discussed by experts and students of leading universities at the first design session “Architecture of the educational space” organized by the Trianon Dialogue Forum and the Fund Moscow Centre of urban studies «City» at the Moscow Urban Forum 2019.

The design session on the development of the concept of a new generation of educational space was held on July 5, 2019, as part of the Moscow Urban Forum in Nature Center space of Zaryadye Park. Youth teams consisting of students, graduate students, young scientists from MGIMO, Stroganov Academy, Moscow Architectural Institute, RUDN University, with participation of professional researchers, designers and architects within four-hour session developed approaches to the concept of educational space of new generation, taking into account the tasks of promoting the export of education, developing human potential, as well as integrating education in the economy and urban development. 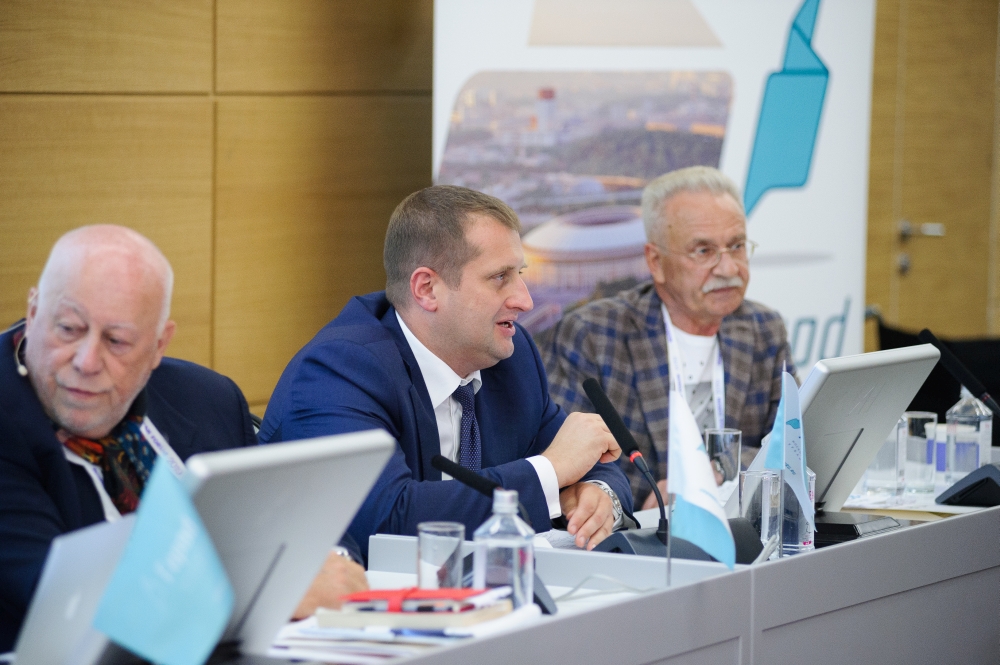 Unification of universities is ongoing in both Russia and France. The Russian national project “Science” and federal projects of the Ministry of Education, which are aimed at creating a new campus infrastructure, focus on creating comfortable conditions for students and teachers and developing the export of education. But creating a modern competitive educational space is not a trivial task. University campuses should be integrated in the economy and the urban environment, as well as in social processes.

Forum guests from France and Russia, experts in fields of architecture, design and education spoke in front of the session with mini-lectures on how the future of campuses and universities in Russia and abroad is seen. “The university in old sense no longer exists, because today the digital world can completely or partially change the model of education that we had,” a special guest of the session, Dominique Fache, appealed to participants of the discussion, Chairman of the Board of Directors of the Russian Technology Fund (RTF), member of the Board of Directors of Sophia Antipolis Technopark (France). “The industry of the 21st century is the industry of the mind. It needs a living environment, the ability to go to a horizontal level. Today, the main fuel of the economy is not oil, but brains”. 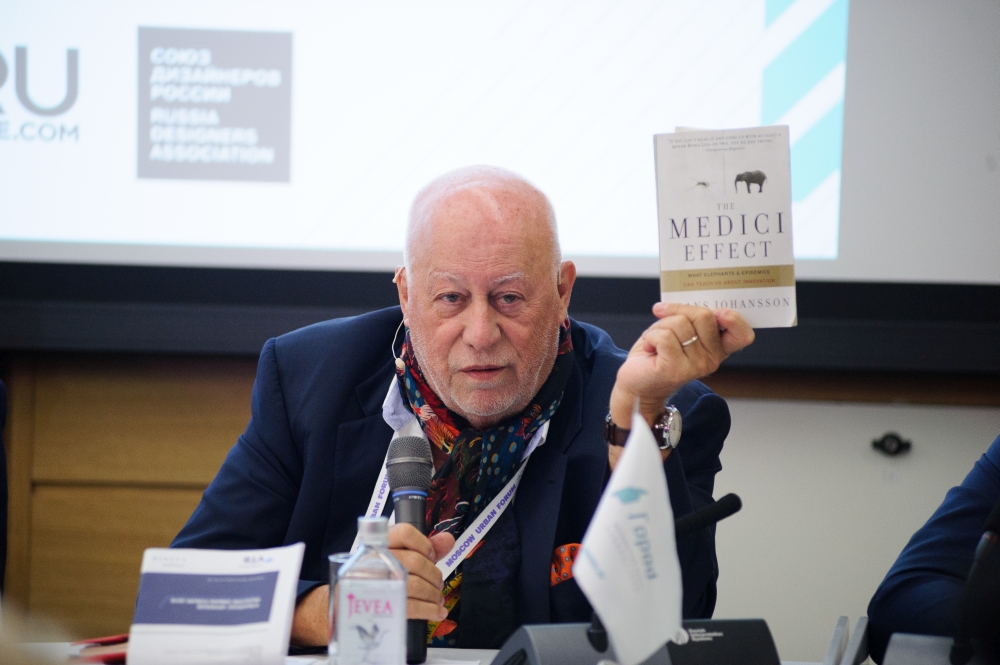 Representatives of a new generation of architects and designers should create new generation buildings, the organizers of the event believe, since these representatives are part of the generation that will develop, learn, develop, create. New forms for organizing a collective search for solutions based on design thinking technologies can become an effective tool for searching educational space concepts of new generation. 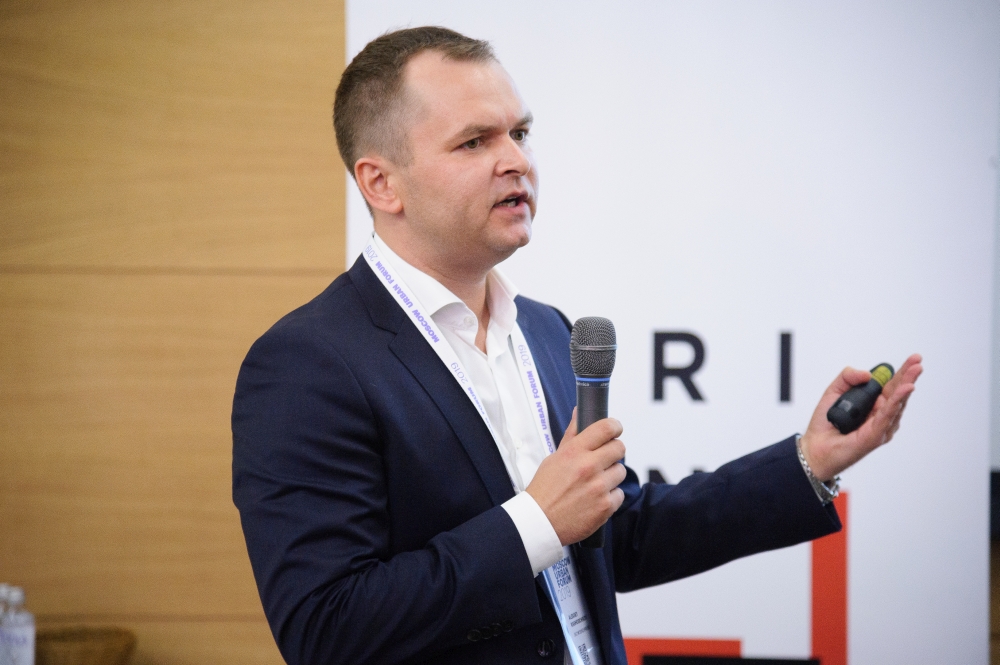 For the second year now, we have been participating in the Russian-French forum “Trianon Dialogue” – this is a very interesting format for sharing experience and cooperation between architects, urban planners and scientists from the two countries. When in the spring this year colleagues formulated a new task for us to develop university campuses, the idea of a contest of architectural projects with the participation of young architects’ teams from France and Russia was born. The idea was simple – let yesterday’s graduates or today’s students design their own educational space. Of course, this must be done under the guidance of already established architects, but always with the participation of youth teams. 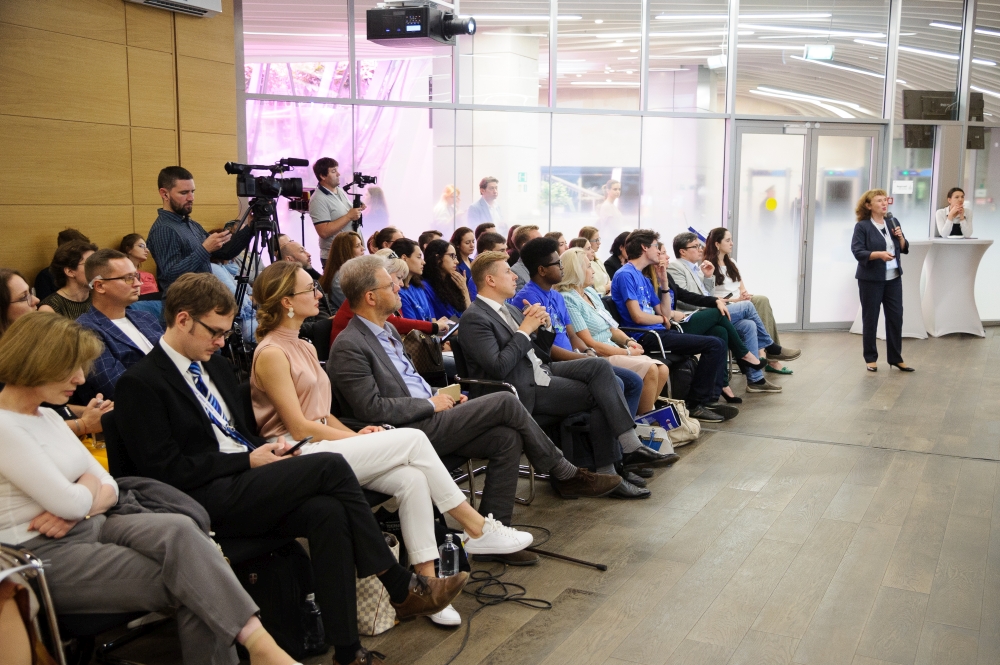 In the expert session participated: Artem Malgin, Vice-rector of MGIMO; Dominique Fache, Chairman of the Board of Directors of the Russian Technology Fund (RTF), member of the Board of Directors of Sophia Antipolis Technopark (France); Timur Bashkaev, Architect, founder of the Timur Bashkaev Architectural Bureau; Konstantin Ziskin, Head of Department, Center for Education Development Strategy, Lomonosov Moscow State University, Alexei Rashodchikov, co-chairman of the Foundation Moscow Centre of urban studies “City”; Vitaliy Stavitskii, President of the Union of Designers of Russia; Aleksei Shcherbinin, Professor of Tomsk State University; Aleksandra Bobretsova, Head of the Russian intellectual conference INRU; Asiya Uspenskaia, Vice-Rector Assistant of the Moscow Architectural Institute; Andrei Iazykeev, Head of the Kaliningrad Branch of the International Academy of Children and Youth Tourism; Veronika Kholina, Head of Department of Regional Economics and Geography, RUDN; Elena Popkova, President of non-profit organization the Institute of Science Communications. The curators of the work of the groups in the design format were industrial designer Alexander Uvarov and industrial designer, creator and director of Wiesel Design, professor of the National Institute of Design Gleb Wiesel. 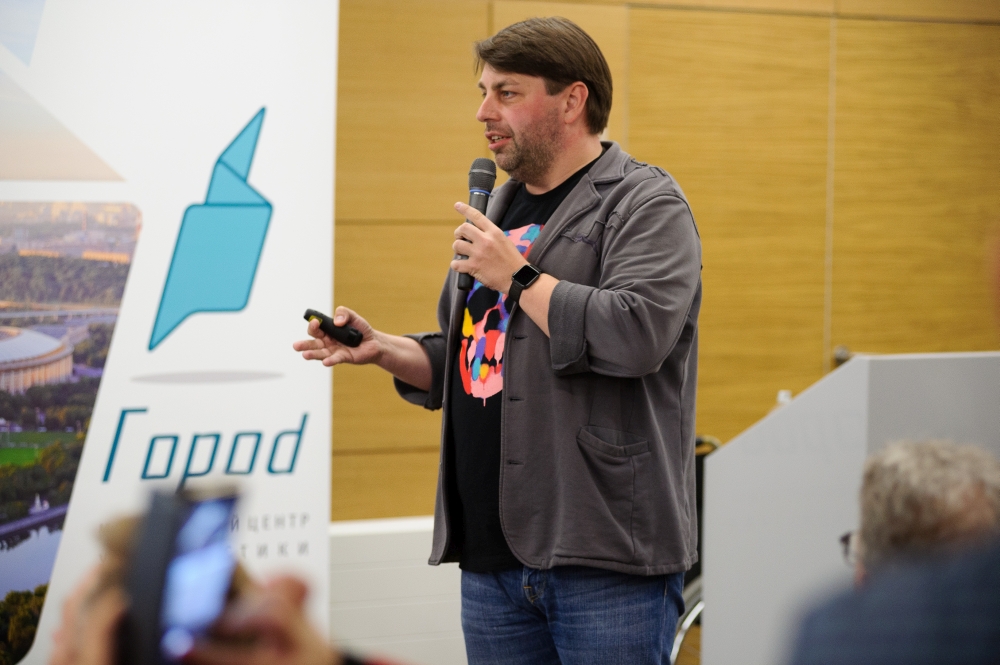 We see the most acute request of students, graduate students, young scientists in improving the visual, aesthetic, functional and technological characteristics of educational buildings. The buildings of the imperial and industrial era are monumental, historic and respectful, but the new era, together with its communications, technology, information speed and interdisciplinarity, requires new spaces.

The result of the event will be the concept of a modern educational space, which can be implemented in projects for the construction of new campuses, scientific and educational territories not only in Moscow, but also in other regions of Russia. Specialists from France also showed interest in projects for creating a new educational environment, which opens up opportunities for a productive dialogue and implementation of mutual projects by universities of both countries.

Прошедшие мероприятия
World Urban Forum (WUF 2020)
World Urban Forum (WUF 2020)
Moscow Government is going to present its exhibition stand at the World Urban Forum (WUF10), which will be held from 8 to 13 February in Abu Dhabi (UAE). In 2020, the main issue of WUF is Cities of opportunity: connecting culture and innovation. From February 9 to 11, an eventful business program including panel discussions, […]
EXPO REAL 2019
EXPO REAL 2019
Moscow real estate market is one of the most stable and rising throughout the world. Rapid development of urban environment attracts a great number of local investors as well as foreign colleagues. On 7 – 9 October, Expo Real 2019 was held in Munich. This is a unique event because the exhibition is focused on […]
PROESTATE 2019
PROESTATE 2019
The residential real estate market in Russia is actively developing. Significant changes occur at all levels: legislation, types of partnerships in the market, investor strategies, architecture and the general approach to the construction of residential real estate are changing. Experts of Moscow Centre of urban studies «City» took an active part in events of PROESTATE-2019 […]
MUF 2019. Educational Environment Architecture
MUF 2019. Educational Environment Architecture
What should be modern universities? How will new campuses and educational spaces change cities? Can institutions give rise to new meanings for society? These and other topics were discussed by experts and students of leading universities at the first design session “Architecture of the educational space” organized by the Trianon Dialogue Forum and the Fund […]
Transport framework of New Moscow – working and business perspectives
Transport framework of New Moscow – working and business perspectives
Transport and employment as top issues of new territories, Troitsk and Novomoskovsky districts of Moscow, were the focus of a panel discussion titled “Transport framework of New Moscow – working and business perspectives”, which was organized under participation of the GOROD Moscow Urban Center. The panel discussion took place at the TASS press center on […]
Modern Challenges and Urban Solutions
Modern Challenges and Urban Solutions
On July 7, 2017, the tenth anniversary discussion session of the City Moscow Urban Center took place during the VI Moscow Urban Forum (MUF). A three-hour discussion marathon on “Modern Challenges and Urban Solutions” was held at the booth of the Moscow Urban Development Policy and Construction Complex in pavilion 75 of VDNKh, where the […]
New Moscow: development alternatives
New Moscow: development alternatives
On April 12, the TASS News Agency press center hosted a discussion session of the Gorod Moscow Center for Urban Studies. The dialogue brought together experts in completely different domains – law-makers, real estate specialists, representatives of developers, investors, urbanists, economists, architects, sociologists and representatives of the Town-Planning Policy and Construction Complex. Experts, businessmen and […]
The Sports as territories’ development driver
The Sports as territories’ development driver
February 16, VCIOM (the Russian Public Opinion Research Center) hosted the Eights discussion session of the “Gorod” Moscow Center for Urban Studies, bringing together for a round table discussion heads of sports associations and public organizations, economists, urbanists, architects, sociologists, journalists, representatives of JSC “Mosinzhproekt”, Sports and Tourism Department of the Moscow Government, State-Owned Enterprise […]
Показать еще...