The residential real estate market in Russia is actively developing. Significant changes occur at all levels: legislation, types of partnerships in the market, investor strategies, architecture and the general approach to the construction of residential real estate are changing. Experts of Moscow Centre of urban studies «City» took an active part in events of PROESTATE-2019 Real Estate Investment Forum.

The first day of the forum brought quite a few surprises. As part of the event, a meeting was held between Vladimir Vladimirovich Yakushev, Minister of Construction and Housing and Communal Services of the Russian Federation, and Mehmet Emin Birpinar, Deputy Minister of Environment and Urbanization of Turkey. In addition to official events, Vladimir Yakushev took part in the plenary meeting of the forum, where he quite sharply outlined the existing problems in the real estate market. 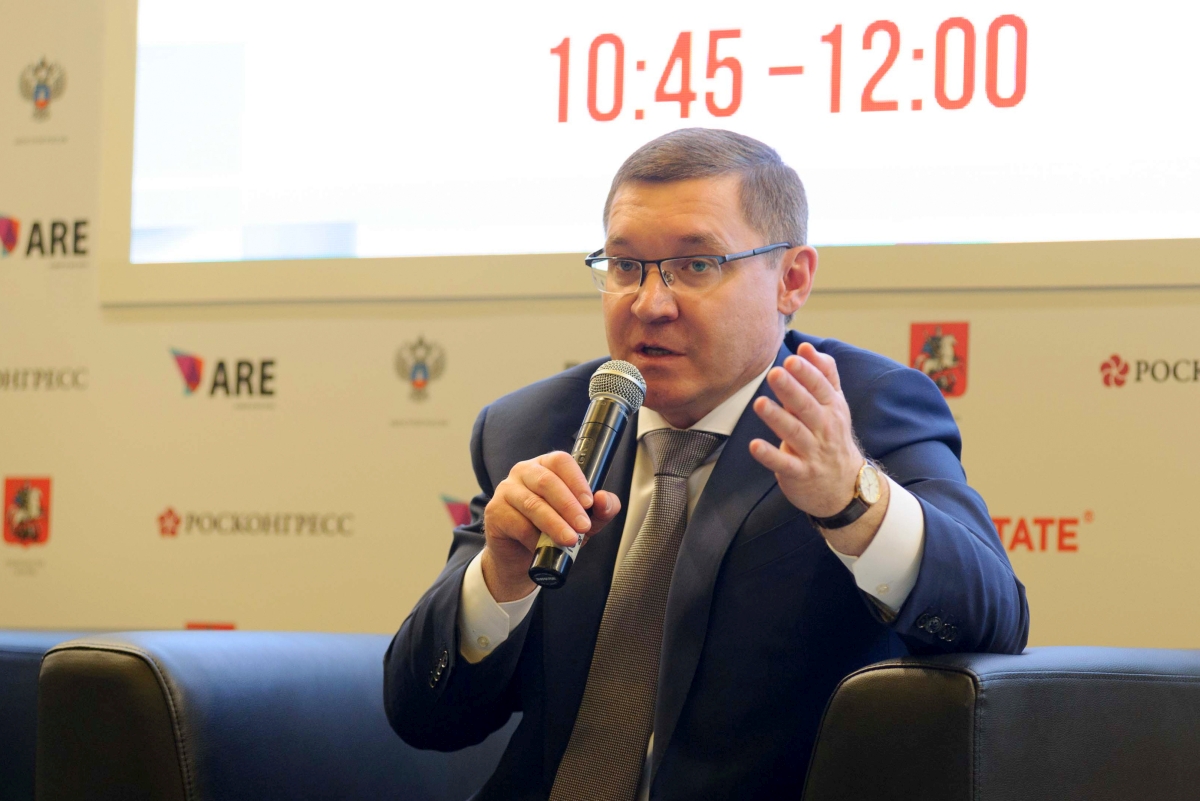 In Russia there is a rather large category of people who today in market conditions cannot afford to pay rent or purchase housing. Moreover, when they apply for a mortgage, they do not meet the standards for a commercial bank to give them a mortgage loan. We should talk about this segment of population. These categories of population require Government support. They should live in normal living conditions, and this topic should be discussed and taken into account. In no case should the housing market reorient itself towards only government support. There must be a balance. We have solvent categories of population that meet all standards in order to take a mortgage, or buy an apartment for their own money, or pay rent. But there is a category of citizens who cannot afford it today. This is an axiom against which no proof can be found. And with this we will have to live in future.

An important role in the development of the real estate market in Moscow region is played by the joined territories – Troitsky and Novomoskovsky administrative districts. Vladimir Zhidkin, head of the Department for Development of New Territories, at a plenary meeting of the forum, raised the issue of importance of accelerating the development of social and transport infrastructure over the construction of residential real estate. 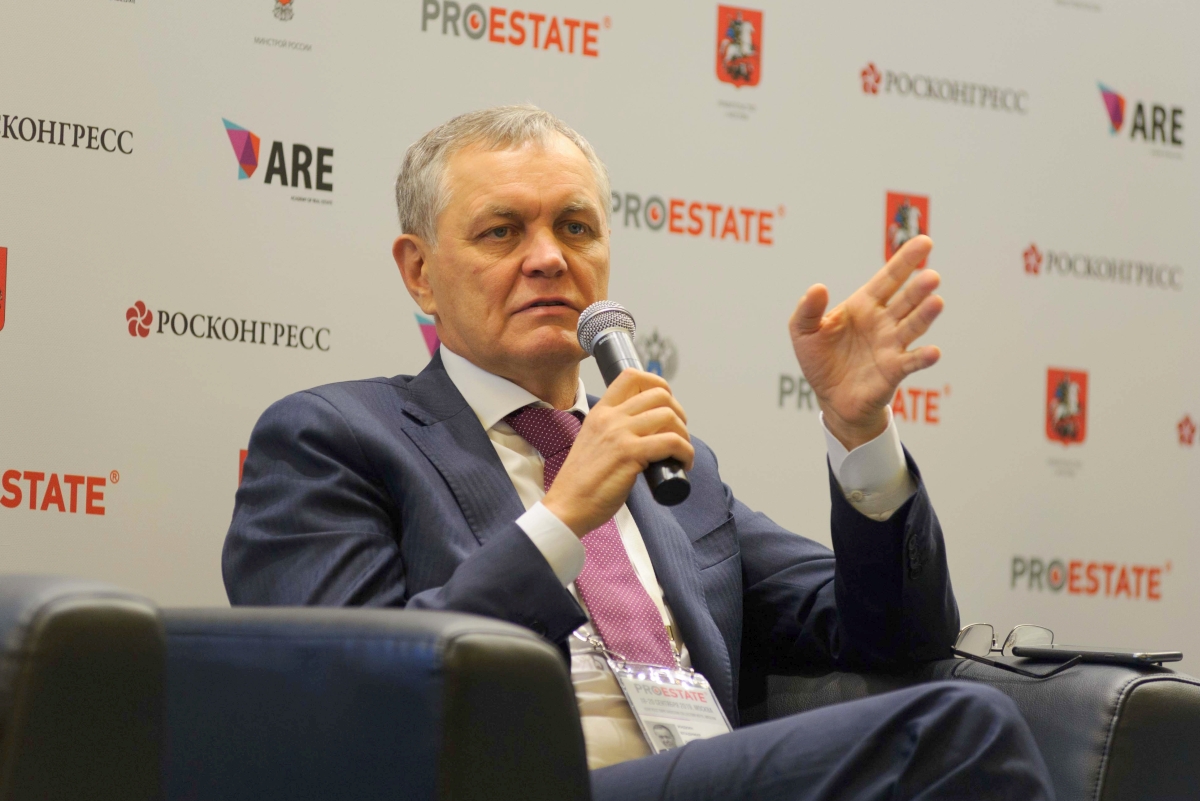 We are building infrastructure ahead of schedule – roads, subway, social facilities, engineering networks. Since the moment of joining, more than 70 social facilities, 200 km of trunk roads, eight metro stations and more than 100 km of engineering communications have been built in Troitsky and Novomoskovsky administrative districts (TiNAO). In 2018, about 1 million 250 thousand square meters of residential real estate were commissioned. This year we plan to introduce 1.5 million square meters. We see that for the next five years we will have an excess in housing construction. Therefore, the development of infrastructure should be ahead of the pace previously planned in order to avoid possible consequences.

During the plenary session, the co-chairman of Moscow Centre of urban studies «City» Aleksei Raskhodchikov spoke. Expert outlined the important task of the modern design of the urban environment. The partnership between business and government is extremely important, but we must not forget that complex urban development projects are impossible without taking into account the interests of the main stakeholders – residents of the territories. 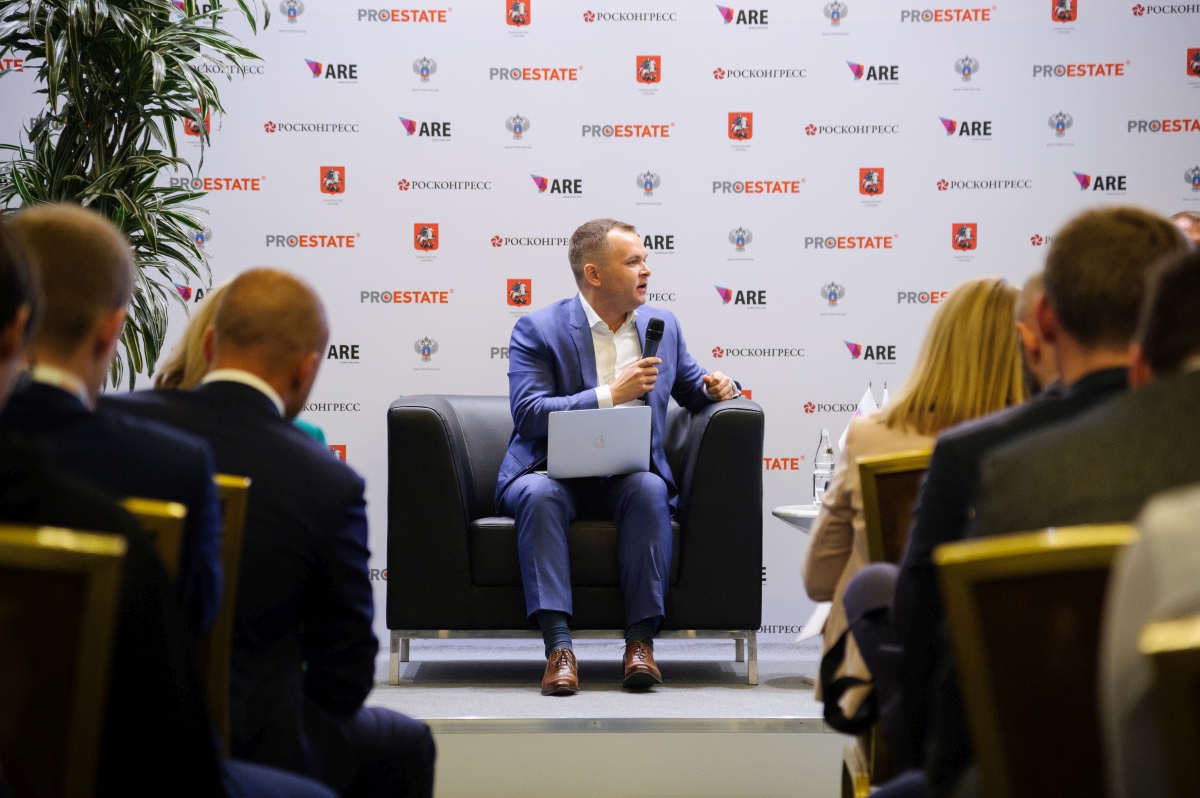 Not only international experience, but already the Russian one, shows that multifunctional territories are developing most efficiently. When housing competently combines with retail, offices, sports infrastructure, cafes and entertainment facilities. And such projects, of course, cannot be implemented by government, using the general planning method. This is a very thin configuration to the market and the needs of people. But the trouble is that development companies are also reluctant to go on such projects. It’s easier to build housing with the maximum number of floors, sell apartments and forget. It is necessary to combine forms of government support and new digital platforms for interacting with investors both large and small. Also with residents who have long ago become one of the main systemic housing investors. Special investment funds and associations that are systematically involved in the implementation of complex projects for the development of territories are also needed.

Must not go unmentioned the speeches of representatives of the Vienna city government – Bernhard Jarolim and Beatrix Rausher, heads of urban development departments. Vienna has been the No. 1 city in terms of quality of life for many years. This city is a synthesis of modern smart technologies, green areas and unique cultural heritage.

Bernhard Jarolim spoke about how Austrian authorities strive to support all segments of the population while creating both high-quality and affordable housing. 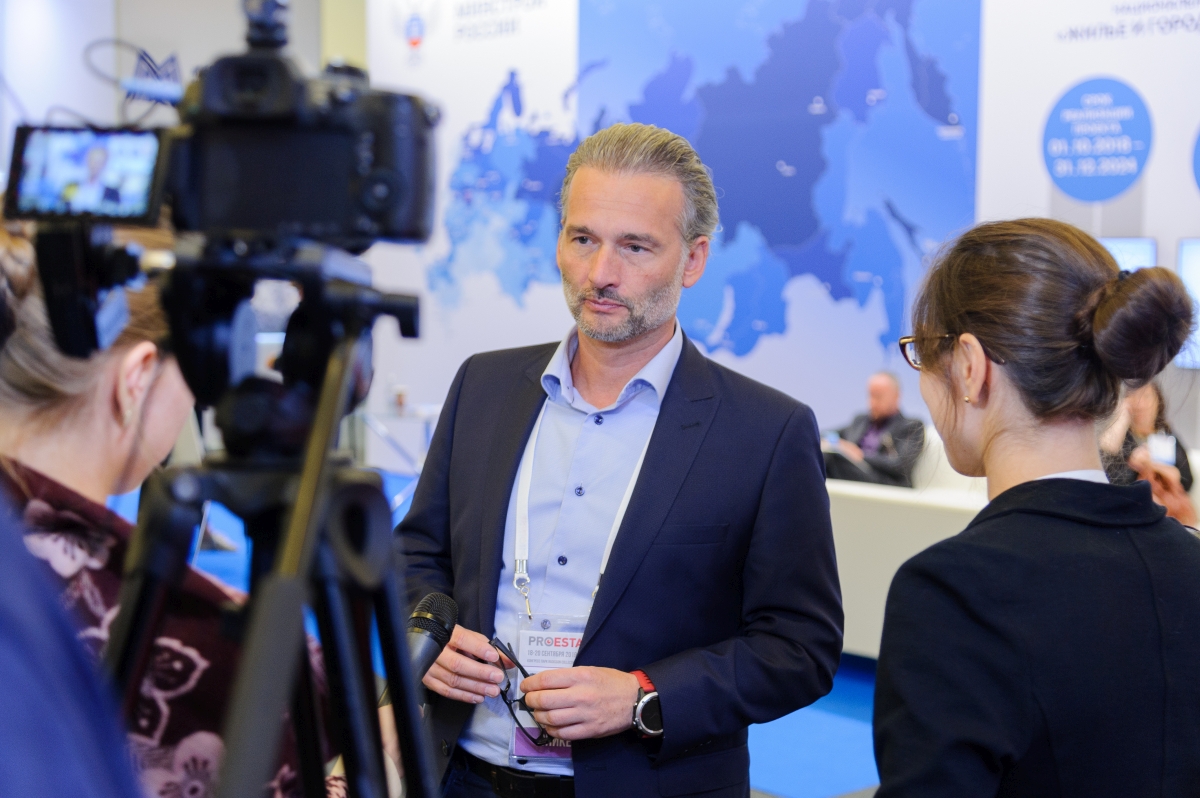 It is very important that government would think not only about finances, but also about people, and that all people would receive decent housing at an affordable price. We focus not only on financial well-being and money. First of all, we pay attention to the quality of life, people want to live in houses that we build according to municipal or social programs. There is a feeling of social reliability, social contentment, satisfaction with life in general. This is good for the population and for the government.

Beatrix Rauscher shared her experience regarding the future development of the territories of the Austrian capital and also talked about redevelopment of former industrial territories. The expert noted that at all stages it is important to take into account the opinion and interests of residents of the nearest territories. 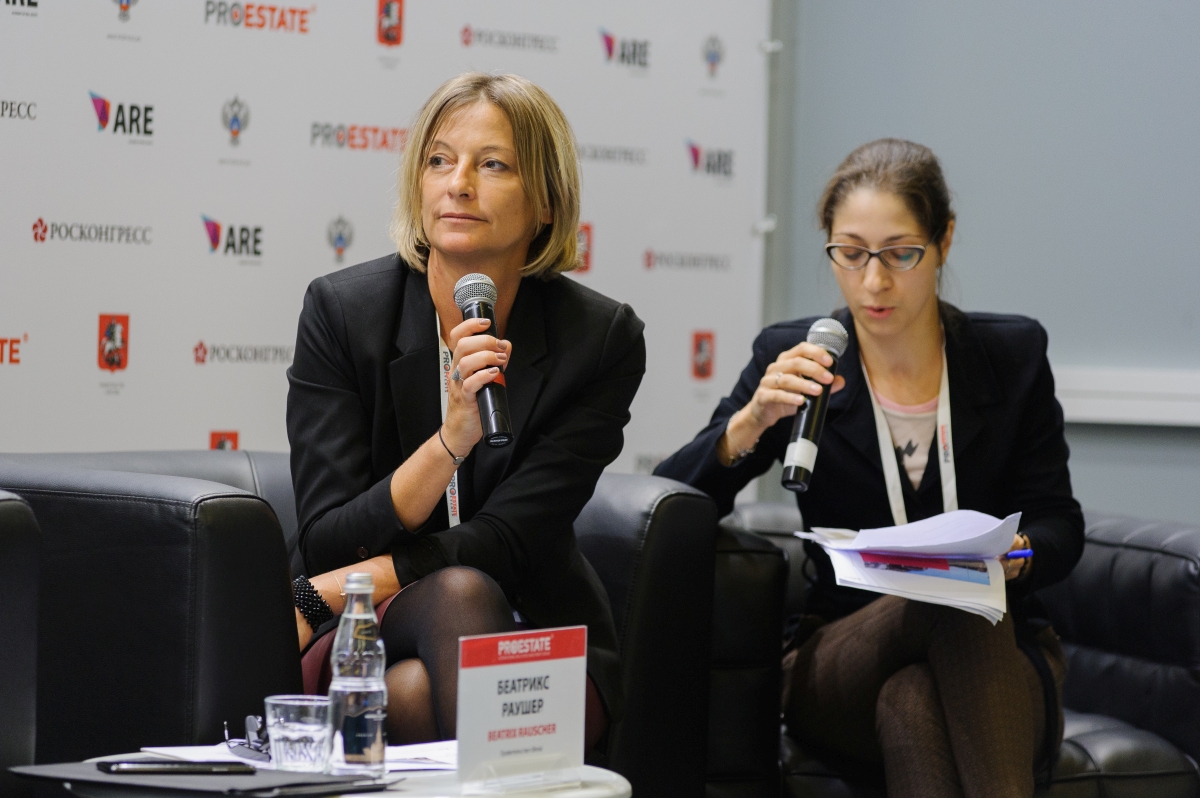 In conversation with our residents open communication is very important. And the government, when creating such projects, clearly formulates and explains in details the entire program. We have full transparency from the very first day when it begins in our heads. And sometimes of course some friction arises because of differences what the government sees in the project and what the residents want to see. But it has never happened before that we could not solve them.

On the second day of the forum, experts of Moscow Centre of urban studies «City» took part in the session “Development of transport as key investment in real estate”. Experts discussed modern approaches to the development of the transport system, main aspects of legislation, future projects in the field of transport infrastructure and much more.

Specific attention should be paid to the presentation by Mikhail Blinkin, Director of the Institute for Transport Economics and Transport Policy of HSE. Mikhail raised several important issues in the development of the future transport system of Moscow: high-quality public transport, the proportionality of road construction, the use of taxi and car sharing, etc. 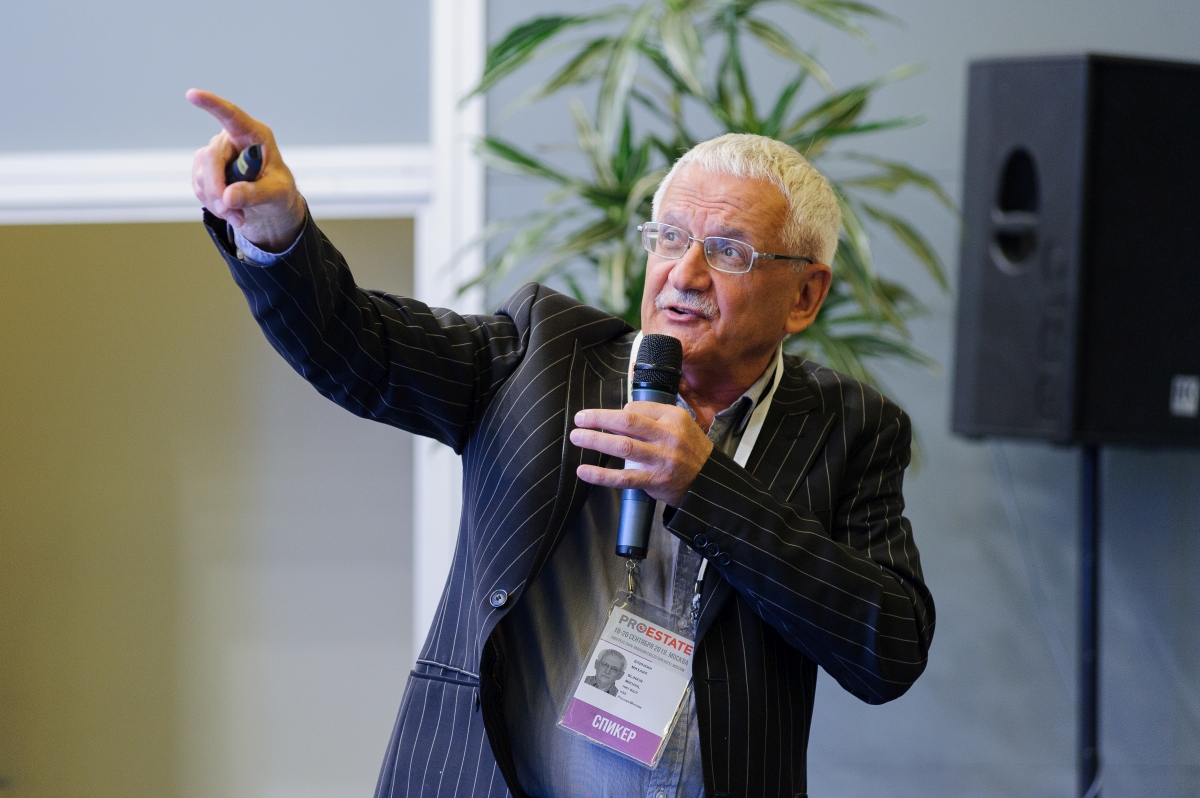 In future the proportions of development and land use in Moscow will change dramatically. They are designed for a much lower level of motorization. Of course, the city will not remain completely without personal transport. There are different segments of demand, there is a luxury segment or a business segment, it will always be so. But it will simply be much smaller than today. The authorities will not force a person to abandon the car. It will be absolutely an evolutionary and peaceful process of transition to public transport. This process is just not fast. An important role in this process will be played by the quality of public transport, resident mobility, the development of pedestrian environment, IT-services (sharing and taxi), etc.

Andrey Asadov, general director of the architectural studio with the same title, spoke about the type of transport development such as airports. 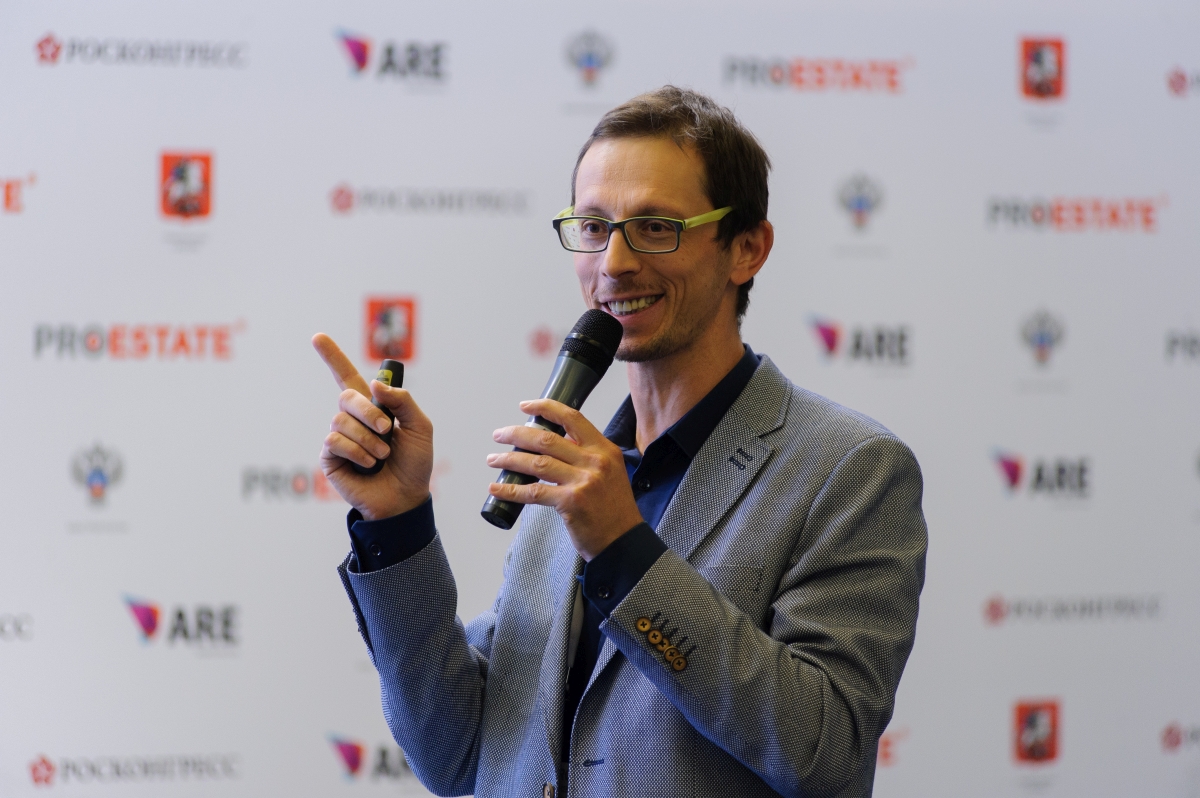 Airports are a pretty exotic investment niche. Our bureau was very lucky with customers. They adhere to a non-standard and creative approach to the development of such projects. The task is to squeeze the maximum of social and cultural functions out of what seems to be a purely transport facility. This niche is being actively developed. The result of the implementation of such projects are truly iconic places that are included in symbolic field of the region. And what is quite important become commercially successful.

One of the outcomes of the event was the competition “Young Architects in Modern Development 2019”. The participants presented many interesting works in the field of redevelopment of territories offering original new ideas and preserving existing identity of the territories. A special award from our Foundation, a trip to MIPIM 2020, was received by Alena Polovinkina who developed the project for the renovation of the factory in St. Petersburg.

EXPO REAL 2019
EXPO REAL 2019
Moscow real estate market is one of the most stable and rising throughout the world. Rapid development of urban environment attracts a great number of local investors as well as foreign colleagues. On 7 – 9 October, Expo Real 2019 was held in Munich. This is a unique event because the exhibition is focused on […]

PROESTATE 2019
PROESTATE 2019
The residential real estate market in Russia is actively developing. Significant changes occur at all levels: legislation, types of partnerships in the market, investor strategies, architecture and the general approach to the construction of residential real estate are changing. Experts of Moscow Centre of urban studies «City» took an active part in events of PROESTATE-2019 […]